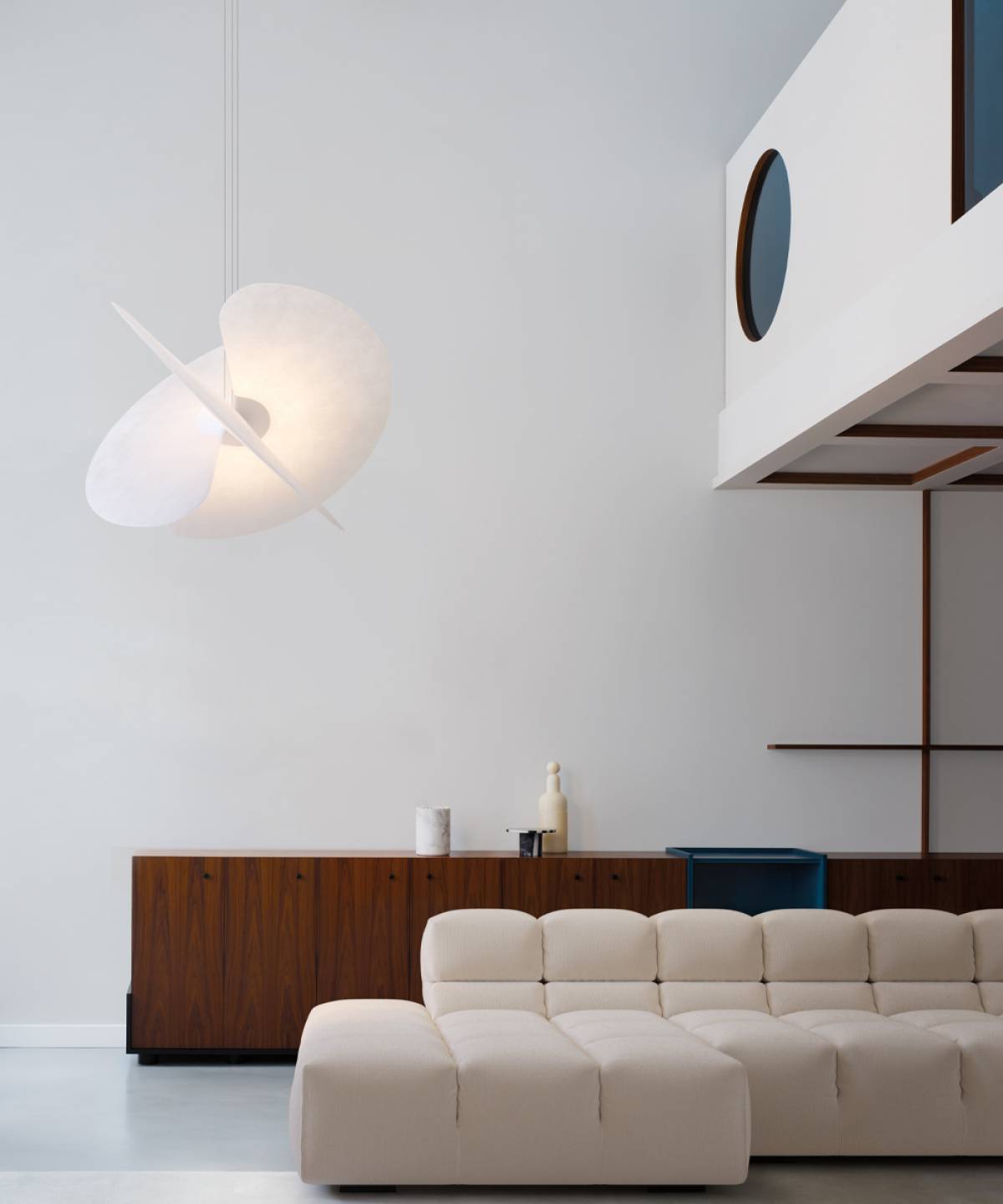 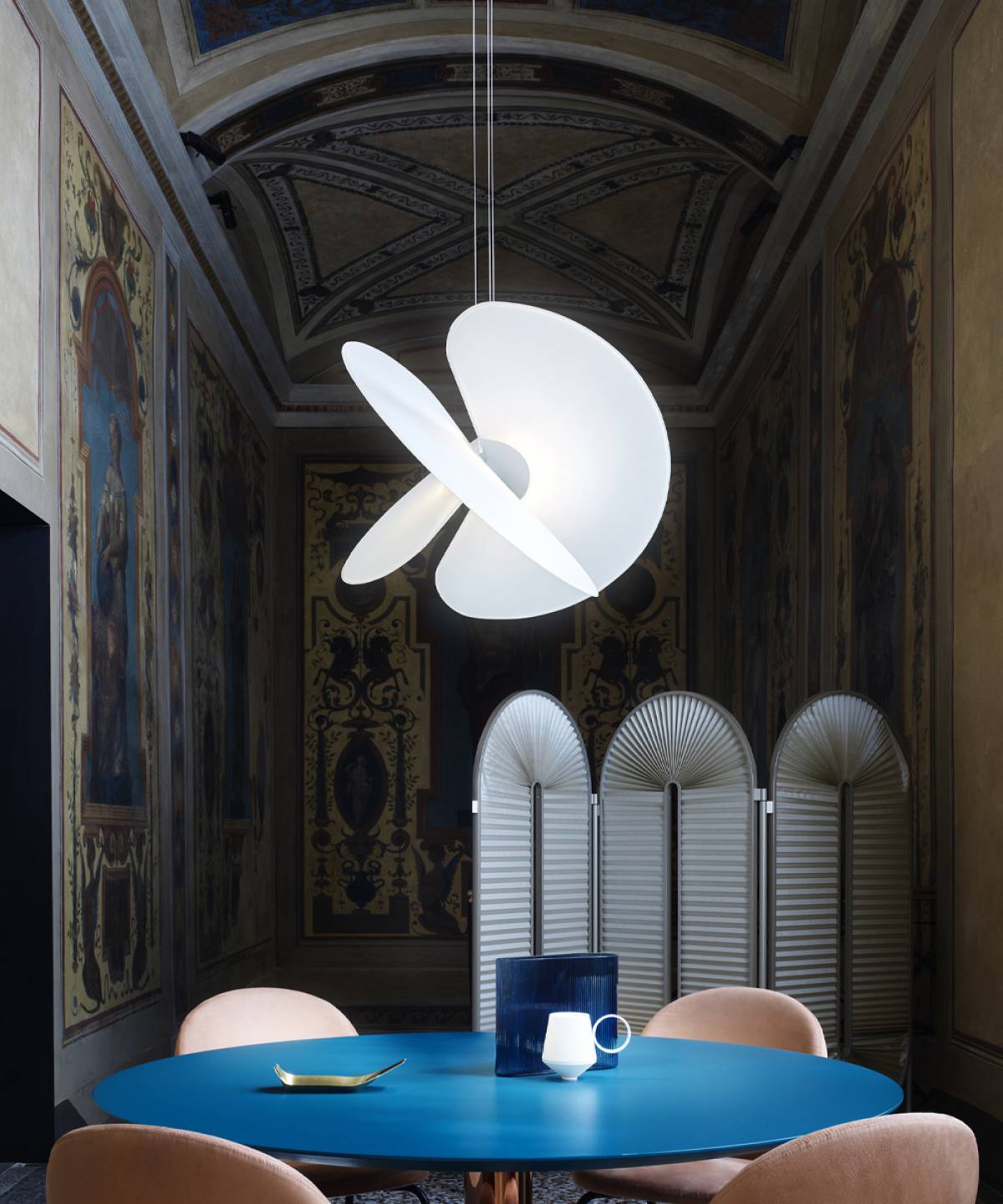 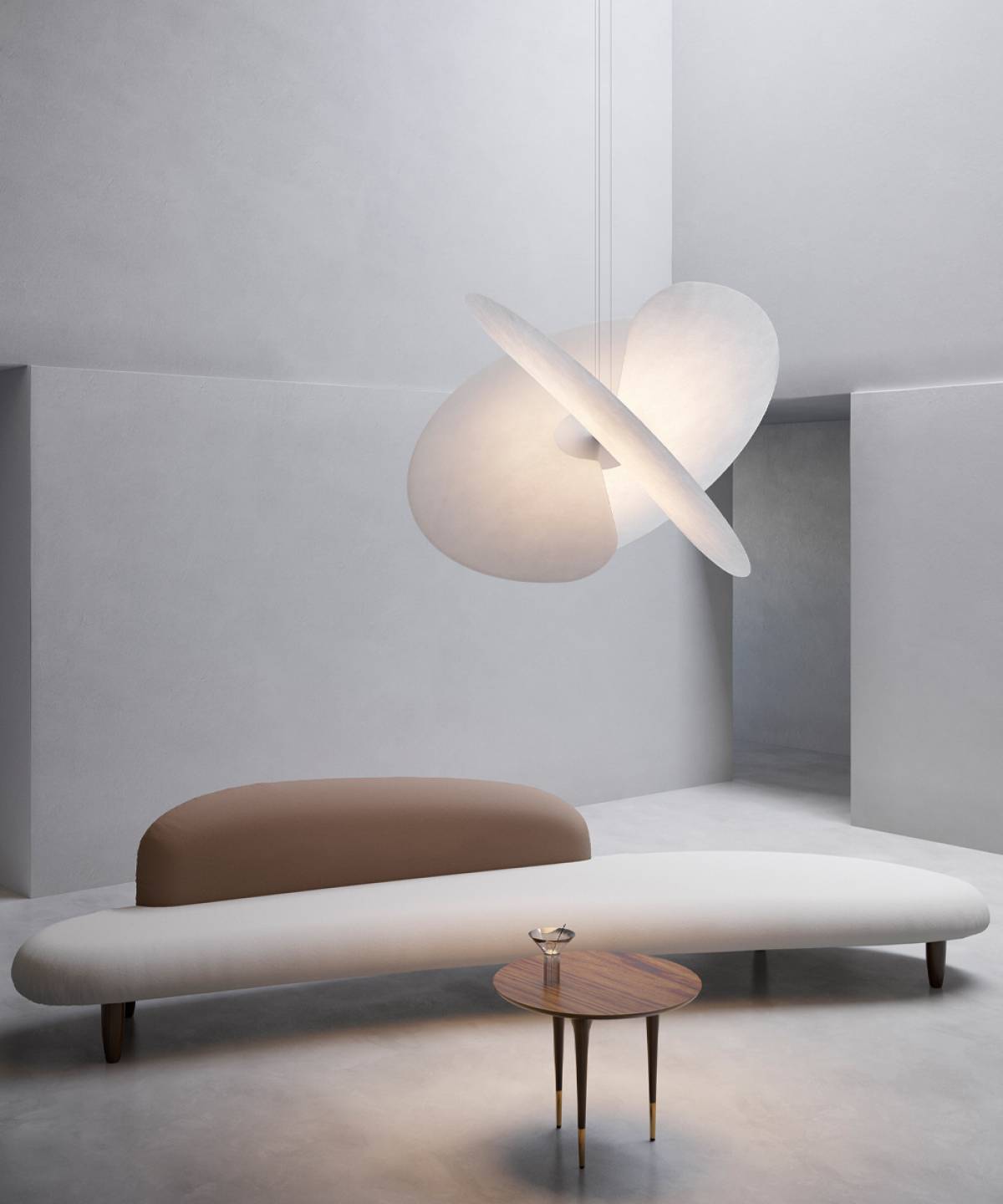 A chandelier of great emotional impact, based on the creative intuition of the designer, together with the research on materials, technology and design conducted by di Luceplan. A new protagonist for living areas in the home, but also for contract applications. The size is impressive, yet the overall image is ethereal, like an organism floating in space.

Levante (the name suggests lightness and wind, but also a clear reference to oriental aesthetics) stems from the intersection of three large fans, made in an unprecedented material for the design sector, borrowed from the world of food, with an appearance similar to rice paper, to spread light in a uniform way over surfaces.

The thickness of the veils is minimal, and they are attached with magnets to the central core that contains the light source, hidden as if it were an organic, beating heart. 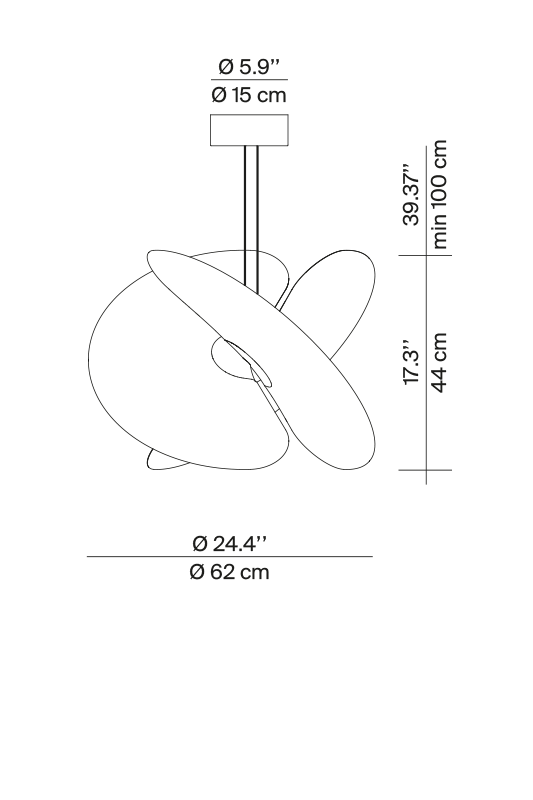 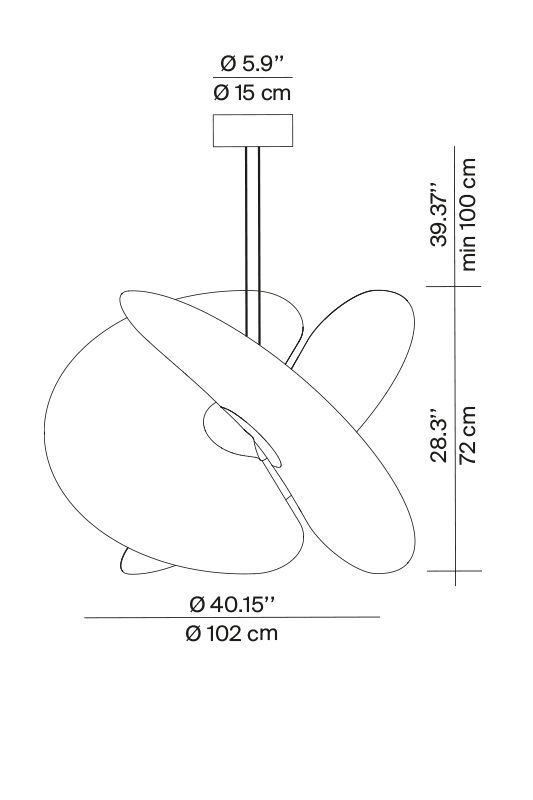 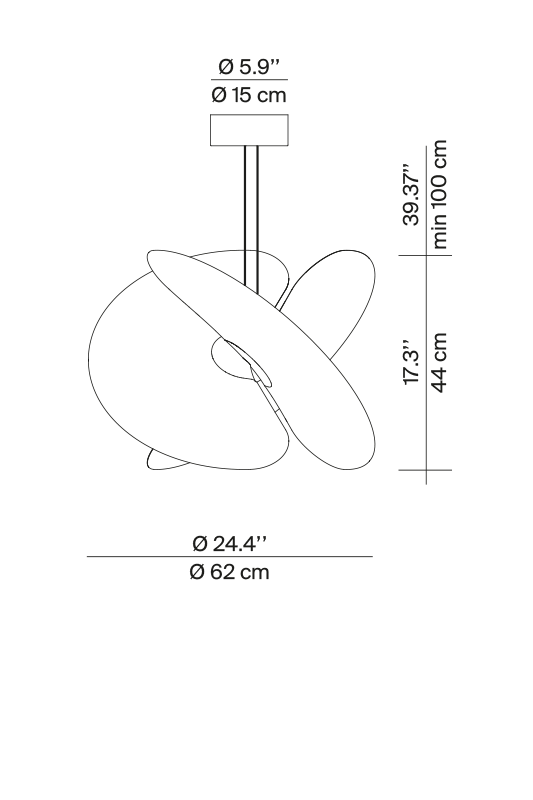 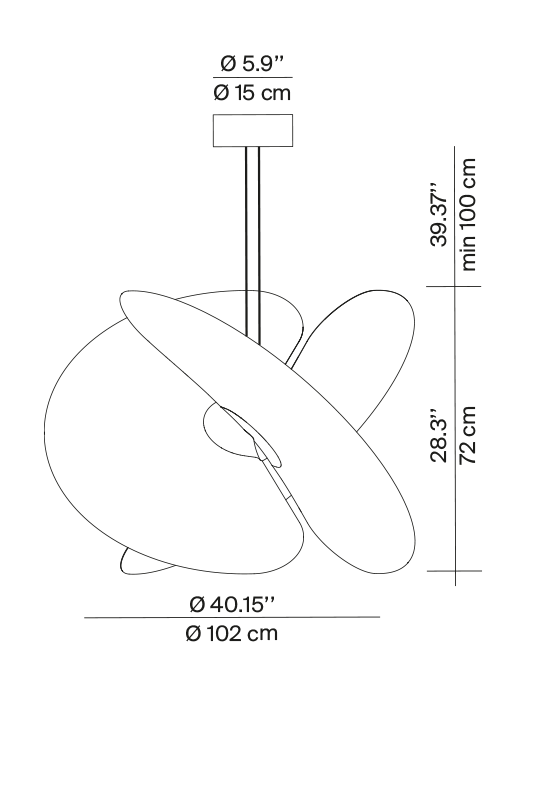